I Spy is a classic game, one that you are likely to be very familiar with. It dates back to at least 1937, probably earlier, and even has it's own entry in the Oxford English Dictionary!

The rules are simple - one player spots something in the area - maybe a tree - and announces, "I spy, with my little eye, something beginning with T!" Then, the other players have to guess what it is. No further clues need be given. Once the mystery object is guessed, it's up to the next person to "spy" something.

If you try to play this game with younger kids, sometimes they will spy back the very same thing you spied. That's fine, rather than discouraging the kid with comments like "you should pick something else!", just pretend you have trouble guessing, then act delighted when you guess it correctly. After all, the "point" of playing this game with a younger child is not so you have fun, but so they become familiar with language. 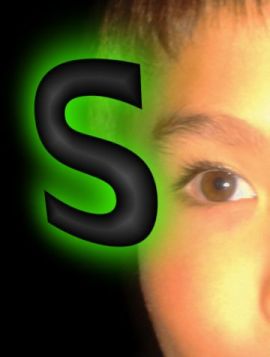 Do you spy what I spy?

The traditional form of this game requires that the child knows a little bit about spelling - how else can they tell what "the first letter" means, let alone figure out what the first letter is of words such as "chocolate" or "ceiling" or "Geoff". I'd like to suggest to you a way you can play with kids who are too young for that. When you say "something beginning with...", instead of stating the name of a letter, make the first sound of the word instead. So if you spied a sign, you'd say "beginning with ssssss!" not "with ess!", or if you saw a church, you'd say "beginning with ch!", not "with see!"

This will help the child start to deconstruct words they know into the different phonemes (sounds), which is an important and nontrivial skill that they'll need when they start to learn to read and write.

Remember, as always with educational activities, to be enthusiastic and encouraging at all times!